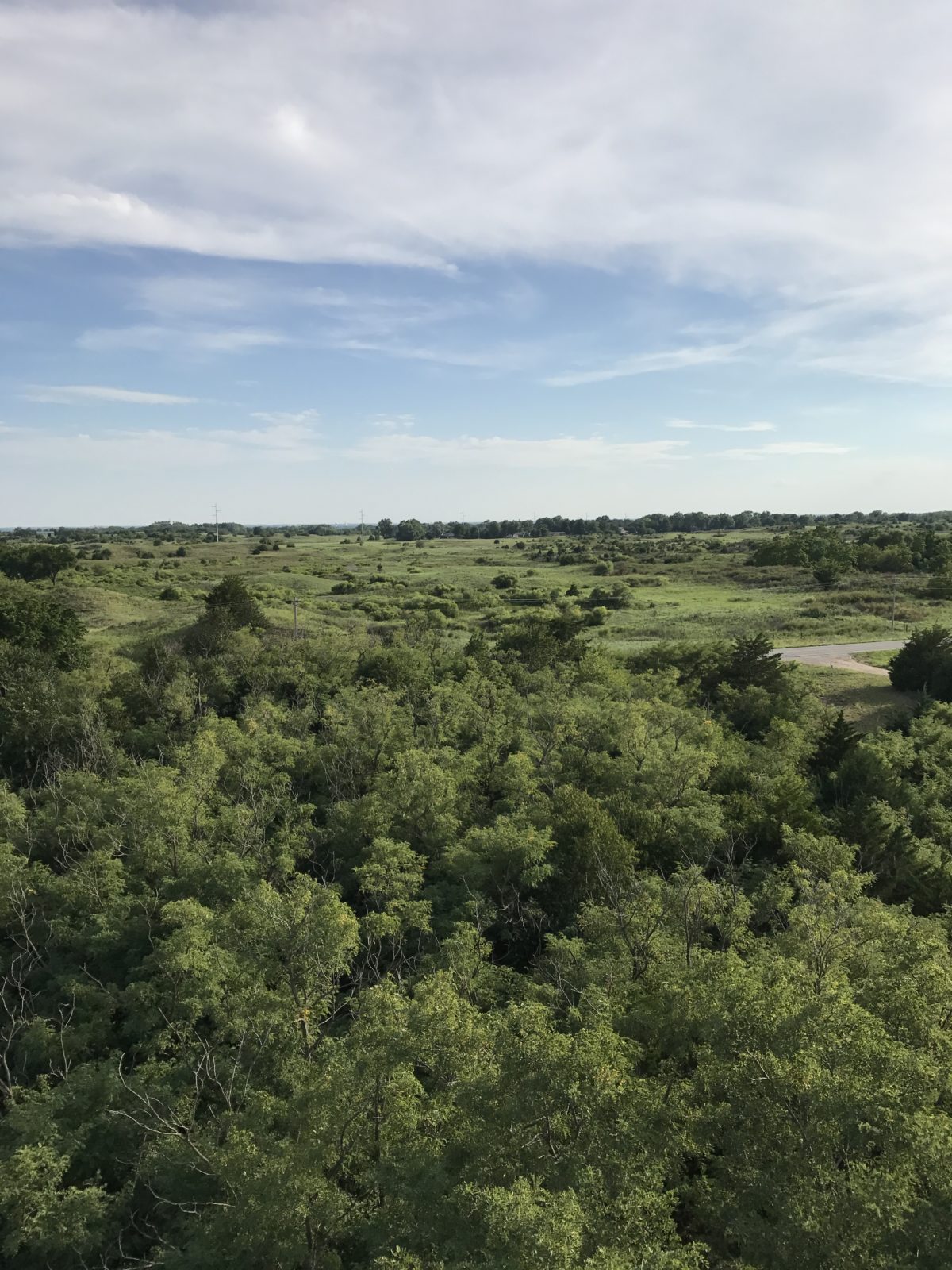 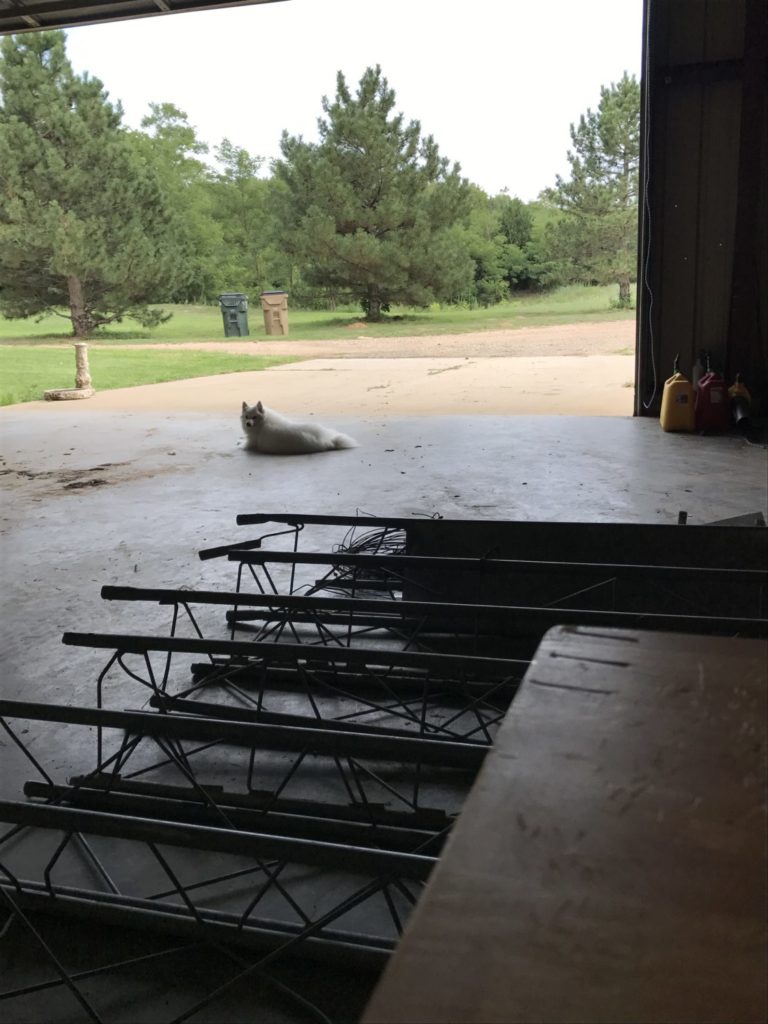 My father knew a local welder that did quality work so we reached out to him to see if he could repair the damaged tower. Sure enough, it’d be a pretty easy job for him. After two weeks and a $1,200 bill, the tower was ready to be picked up! I couldn’t contain my excitement and anxiousness. This tower was literally my last hope for a good connection that did not require nine additional months of waiting and a $1,500/month bill. We picked the tower up, drove it home, and immediately began planning how to erect it. Growing up on my family’s farm, we had taken on a lot of large projects before and this wasn’t all that different. Sure it was a different kind of process to stand it up, but ultimately it was simple: put it together on the ground, tie ropes and a winch to it, then stand it up without dropping it on anyone. Simple, right? You know, in principal it really was simple. It was really just a puzzle involving geometry, trigonometry, and physics. In reality, it was a pretty challenging process, but we succeeded! The photos below show some of the process. 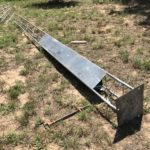 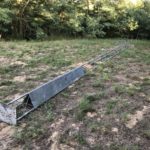 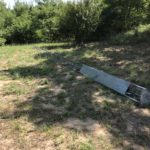 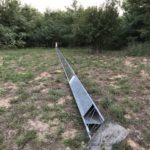 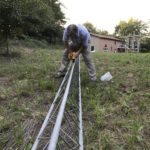 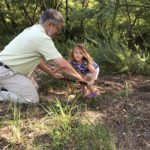 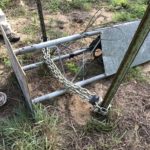 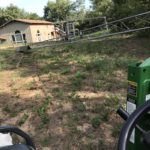 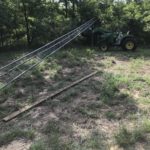 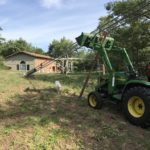 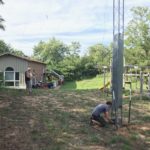 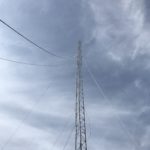 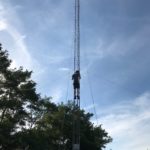 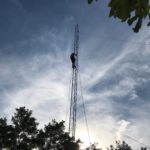 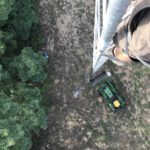 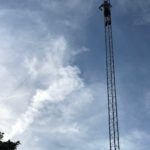 It took a complete afternoon and the help of a few friends, but we successfully stood up the tower and secured it. The view from the top was pretty sweet and, thankfully, showed that we had indeed risen above the tree line and had a clear line of sight to city limits where the broadcast tower was located. There was hope! At this point, however, we still did not know for certain if the tower would work, we just knew that mounting the receiver on the top of the tower was more likely to succeed than mounting it on the roof. We had no way of knowing for sure, however, until we actually attempted the receiver installation again. Once the tower was up, I immediately scheduled a new appointment with the service provider and then waited anxiously. The technician came the following day and over the course of a couple of hours was able to mount the receiver on the tower and confirm we had a good signal. 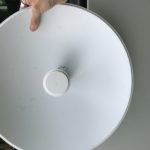 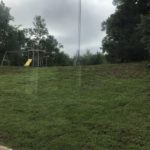 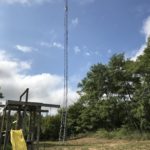 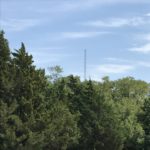 I was elated! Finally we had a piece of good news regarding our internet connection. It took another hour to get the cable run into the house and connected to a router but once that was done we did indeed have an internet connection, and a faster one than I expected. Thanks to our sixty two foot tower, we now have an internet connection in a rural area that is nearly as good as many of the connections available inside city limits. It may have taken a six weeks, $2,500, excessive stress levels, careful planning, and a lot of determination, but we succeeded and I couldn’t be happier. I was not willing to resign myself to bad internet just because I enjoy the peaceful privacy of trees and open land around me. It just took a really big tower.