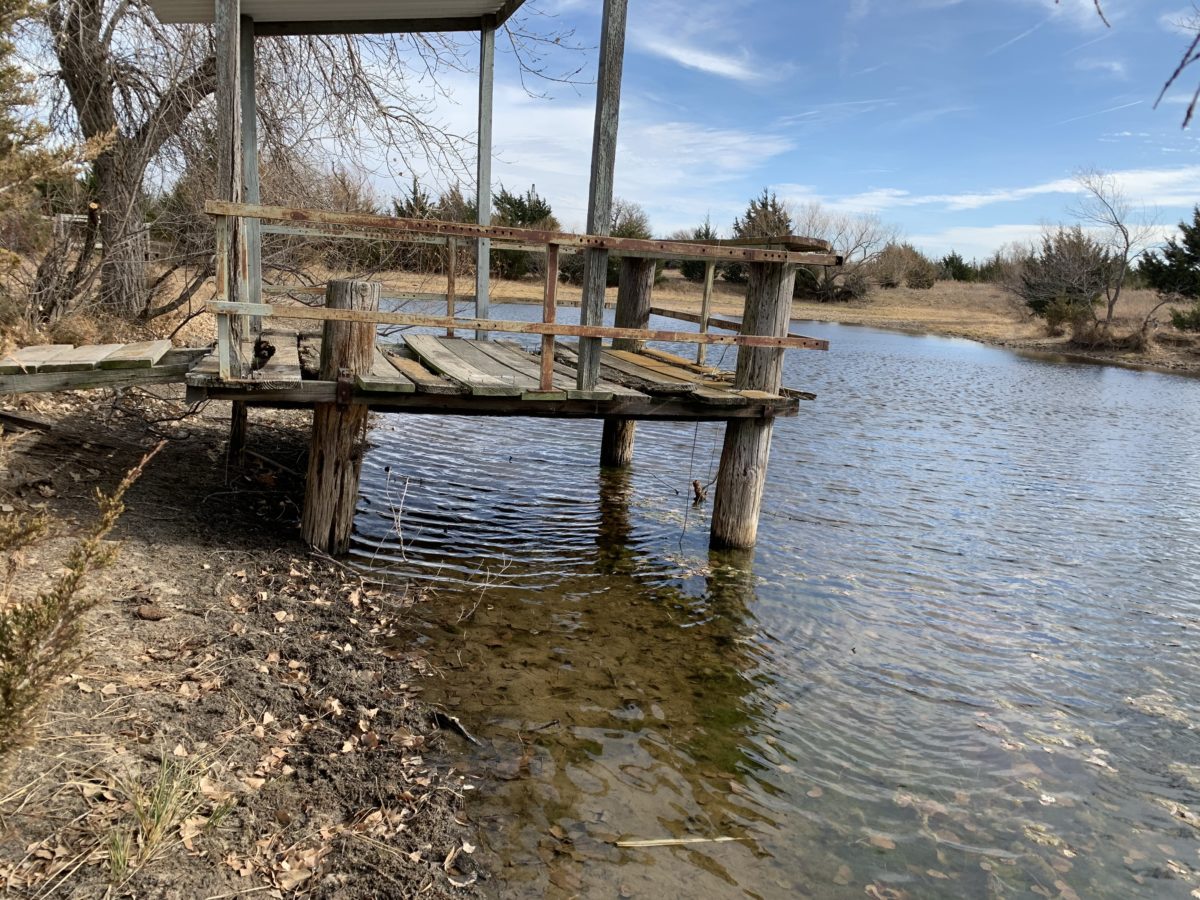 This past August my family was given a once-in-a-lifetime opportunity. 124 acres of beautiful pasture and woods land went up for sale next to us. It was the property that bordered our existing 11 acres so we were given an option to expand our acreage significantly, and we jumped on it.

Among other treasures, the property included a pretty good sized pond with a cabin that had been, long ago, used as a private fishing pond and summer get away. More recently it’s been used to water cattle. After decades of neglect, however, it was in rough shape. The cabin, bridges (yep, there’s an island!), and fishing dock are all decrepit and falling down, and the water level in the pond has been quickly falling.

The previous owners told us that they kept the water level up by running a well pump 24×7, frequently paying $300+ per month in electric bills. This was not something we were willing to do just to fill a pond that was purely for our own enjoyment, but we also did not want to allow it to dry out.

After some research we found a great solar-powered well pump that was available as a complete kit. We ordered one and quickly went to work once it arrived.

The first step was to get the existing well ready, which meant pulling the old pump out so the specially designed pump that came as part of the kit could be put down the well. Typically this is a pretty easy project but due to years of neglect and a non-closed well top, removing the old pump proved to be very challenging. A huge amount of debris had fallen down the open well pipe, creating a tangle at the bottom around the pump. This made the removal process more difficult because the pump kept getting wedged in the pipe as we pulled it up. Eventually, however, with some help from the hydraulics of our tractor, we succeeded in getting it out.

With the old pump out, we were cleared to move ahead with lowering the new pump into the well with new 1″ poly pipe.

The kit we purchased came with four 100 watt panels that needed to be mounted at a ~30 degree angle facing directly south. Since this pond is in the middle of a pasture, we weren’t terribly concerned with the beauty of panel mount and opted to build a rough structure from old pressure-treated lumber we had lying around.

We finished mounting the panels and all wiring at sunset so weren’t able to test that everything worked properly until a day later. At 8am the following day in a frigid 7F, we flipped the switch and waited . . .

It took no more than a minute or two for the water to begin flowing.

We weren’t certain how much flow we’d get or how effective it’d be at keeping the pond full, but were rewarded when only two days later the water level in the pond was already noticeably higher. It will take a few months before we’re certain exactly how effective the system is at maintaining the water level and quality, but we’re hopeful it’ll work really well.